Tehran 14 January_Attempts to broker a ceasefire between the sides to the Libyan conflict have failed in Russia, Moscow has confirmed, as the head of rebel forces in Libya leaves the peace talks. 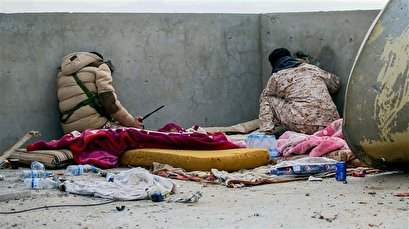 TEHRAN, Young Journalists Club(YJC)-Russia and Turkey have been trying to broker a halt to fighting between the Libyan government and rebel militia under the command of General Khalifa Haftar.

Libyan Prime Minister Fayez al-Sarraj and Haftar held about eight hours of direct talks mediated by Moscow and Ankara in the Russian capital on Monday.

On Tuesday, the Russian Foreign Ministry confirmed that, despite the drafting of an agreement, Haftar had left without signing the deal.

Foreign Ministry spokeswoman Maria Zakharova said Haftar had on Monday evening asked for until Tuesday morning to look over the agreement — already signed by Sarraj — but left the Russian capital without signing it.

On Saturday, the two sides had agreed to a ceasefire brokered by Turkey and Russia. But that agreement unraveled soon after implementation time, as both sides accused each other of violating the truce.

Since 2014, Libya has been divided between two rival camps: the government in Tripoli, and a camp based in the eastern city of Tobruk.

Tehran open to dialog with all neighbors: Zarif

Nearly half of Americans say Trump should be removed from office: Poll