Tehran 16 January_The Trump administration has abruptly called off four classified congressional briefings for lawmakers, who were seeking explanation about contradictory statements of the White House over assassination of top Iranian general Qassem Soleimani. 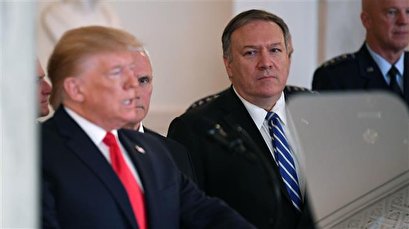 Another schedule for a separate closed-door session for the Federal Bureau of Investigation (FBI) was also cancelled.

FBI officials had been about to brief a group of House lawmakers on counterintelligence issues, during the briefing that was added to the calendar late last week.

The Pentagon also scrapped a Thursday classified briefing on Iran.

A spokesperson for the Department of Defense Jonathan Hoffman told CNN that it was working to schedule a time to conduct the briefing. He also said that the postponement was not a unilateral Pentagon move.

Trump pushed the US and Iran to the brink of war earlier this month when he ordered a drone strike that assassinated general Soleimani in Baghdad. Iran later responded with a barrage of retaliatory missile strikes hitting a key airbase hosting American forces in Iraq.

Democratic Senator Chris Murphy suggested that the White House was behind the sudden cancellation of Wednesday's scheduled briefing.

Secretary of State Mike Pompeo said the assassination of general Soleimani was part of a “bigger strategy of deterrence,” a shift from President Trump's previous claim that the deadly drone strike was carried out to prevent an “imminent” attack.