Tehran 17 January_The Revolutionary Guards can take their fight beyond Iran’s borders, the supreme leader said on Friday, responding to the U.S. killing of his country’s most prominent commander and to anti-government unrest at home over the downing of an airliner. 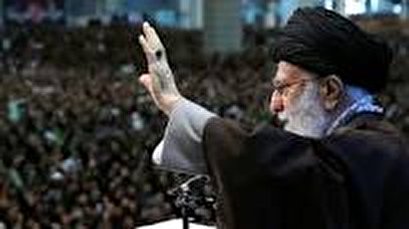 “Resistance must continue until the region is completely freed from the enemy’s tyranny,” Khamenei said, demanding that U.S. troops leave neighboring Iraq and the wider Middle East.

“The fact that Iran has the power to give such a slap to a world power shows the hand of God,” said Khamenei, adding that the killing of Soleimani showed Washington’s “terrorist nature”.

The Quds Force “protects oppressed nations across the region,” Khamenei said. “They are fighters without borders.”