Tehran 19 January_Some 60 people fighting for the Saudi forces who have occupied parts of Yemen have been killed in a missile attack by the country’s ruling Houthi Ansarullah movement. 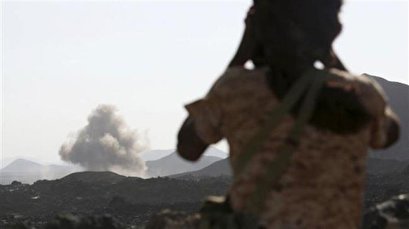 TEHRAN, Young Journalists Club(YJC)-Saudi state television said late on Saturday that the attack by Houthis had targeted a military camp occupied by forces from Saudi Arabia, the United Arab Emirates and other countries operating under a Saudi-led coalition in Ma’rib.

Various reports, including from users on the social media, said the number of fatalities had exceeded 60 people as they cited accounts from the military hospital in Ma’rib which had issued a distress call for blood donation.

There was no official statement from the coalition forces. However, if confirmed, the attack could be one of the deadliest by the Houthis on Saudis and allies in Yemen in recent weeks.

Medical sources had confirmed that at least 45 military personnel had been killed in the attack, adding that dozens more were injured.

Houthis control swathes of Yemen since they overthrow a Saudi-backed government in late 2014. The development caused Saudi Arabia and allies to launch an all-out war on the impoverished country.

Tens of thousands of people, most of them civilians, have been killed in Saudi air strikes and ground operations in Yemen over the past five years.

The Houthi have responded by mostly targeting military positions deep inside Saudi Arabia or sites inside Yemen where Saudis have deployed mercenaries and military forces.

Nearly a dozen Saudi-backed militiamen were killed or injured in Yemen’s northwestern Hajjah province on Saturday in an attack by Ansarullah fighters.

A missile attack on Saudi-led forces in Ma’rib in November killed at least seven soldiers and wounded 12 more.