Tehran 20 January_Key players and foreign powers implicated in the Libyan crisis have agreed on the need for a 'permanent' ceasefire and an end to foreign interference in the country. 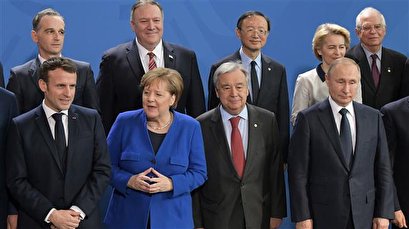 TEHRAN, Young Journalists Club(YJC)-The announcement was made in a final communique concluding a day-long summit attended by the leaders of Germany, Russia, Turkey, and France in the German capital of Berlin on Sunday.

Speaking to reporters, German Chancellor Angela Merkel said that the summit's participants had agreed that a truce set in Tripoli over the past week should be turned into a permanent ceasefire to lay the ground for a political process in the future.