Tehran open to dialog with all neighbors: Zarif

Tehran 23 January_Foreign Minister Mohammad Javad Zarif has reaffirmed Iran’s readiness for talks with all its neighbors amid tensions in the Persian Gulf region. 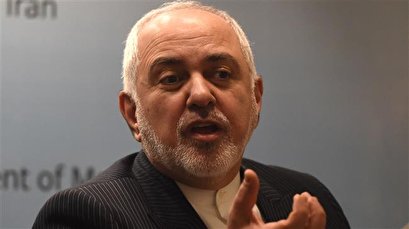 TEHRAN, Young Journalists Club(YJC)_“Iran remains open to dialogue with its neighbors, and we declare our readiness to participate in any complementary work that is in the interest of the region, and we welcome any step that restores hope to its people and brings them stability and prosperity,” Zarif said in a tweet in Thursday.

The tweet was in Arabic, which suggests it was addressed to the Persian Gulf littoral Arab countries. It came a day after Saudi Foreign Minister Prince Faisal bin Farhan said Riyadh was ready for talks with Tehran “but it is really up to Iran.

The top Saudi diplomat, however, repeated the baseless claims against Iran’s role in the region, adding that the precondition for dialog is for the Islamic Republic to accept it “cannot further its regional agenda through violence.”

Speaking from the World Economic Forum in Davos, he said he was glad the region has “avoided any escalation” with Iran, and that “many countries” have offered to mediate talks with Tehran.

Meanwhile, the Iranian president’s chief of staff, Mahmoud Vaezi, said Wednesday that Tehran and Riyadh should work together to overcome their problems.

“The relations between Iran and its neighbor Saudi Arabia should not become like the relationship between Tehran and the United States ... Tehran and Riyadh should work together to resolve their problems,” Vaezi said.

At an event in the Indian city of Mumbai on Friday in coordination with All India Association of Industries (AIAI), Zarif also voiced Iran’s readiness to hold talks with Saudi Arabia and other Persian Gulf countries to promote regional security.

He added that Iran has also presented proposals on ways to establish peace in the Strait of Hormuz.