Tehran 23 January_An Iranian economist says the country can count on a maximum of $20 billion in annual tax revenues despite claims that the government would fail to pocket around $14 billion worth of taxes to finance its budget in the next Iranian calendar year beginning in March. 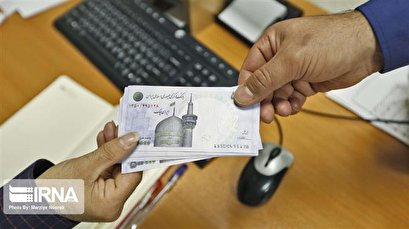 TEHRAN, Young Journalists Club(YJC)_“Iran’s tax capacity is much higher than the tax revenues (currently) earned and this government is facing no problem with regards to tax collection,” said Ehsan Khandouzi, an economics lecturer at Tehran’s Allameh Tabatabayi University.

The comments, made at a Thursday interview with ILNA news agency, comes despite suspicions raised by other experts who say the government would miss a target of more than $14 billion in tax revenues introduced in a draft budget for the next calendar year.

The draft, touted by the government as the first in Iran’s recent history to rely on resources other than oil revenues, is currently being debated in the Iranian parliament.

Critics say targets introduced for tax collection schemes in the 2020-2021 Iranian budget are unrealistic and the government should come up with other solutions to offset the impacts of the American sanctions on its direct sale of crude.

Khandouzi said, however, that the 1,750 trillion rials that the Iranian government seeks to raise from tax next year would be “receivable”.

“The figure included in the ... budget is absolutely not difficult to get to and it is even lower than the country’s tax collection potential,” he said.

The economist said the government needed to tighten its rules for fighting tax avoidance while trying to remove unnecessary exemptions or reliefs given to certain taxpayers.