Tehran 24January_China stepped up measures to contain a virus that has killed 25 people and infected more than 800, with public transport suspended in 10 cities, the shutting of temples and the rapid construction of a hospital to treat the infected. 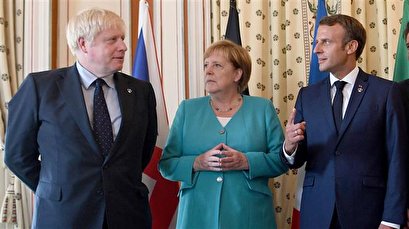 TEHRAN, Young Journalists Club(YJC)_The US daily reported on Thursday that European diplomats don't expect Iran to reverse the suspension of its nuclear deal commitments and that the diplomats "privately say they are prepared to tolerate those steps".

Earlier this month, the three European signatories to the Joint Comprehensive Plan of Action (JCPOA) triggered the dispute settlement mechanism featured in the nuclear deal in response to what they claimed was Iran’s violations of the deal.

Iran has rejected the accusations, saying it has suspended its JCPOA obligations as permitted under the deal in cases where other JCPOA signatories fail to uphold their commitments.

The dispute mechanism can lead to the restoration of United Nations sanctions previously lifted under the landmark deal within a 60-day deadline.

According to the WSJ report, however, European diplomats are preparing to extend JCPOA-related discussions for the "foreseeable future" and "well beyond" the mechanism's 60-day deadline.

The diplomats say that the measure seeks to persuade Tehran against taking major "new nuclear steps Iran has not taken yet" and "restrain" the expansion of its nuclear activities.

The report added that European officials are currently divided, however, on what would constitute as a restrained approach from Iran, with some proposing that Tehran’s "modest" continued expansion of its uranium production would be acceptable.