Tehran 24January_The Wall Street Journal has cited European diplomats as saying that Britain, France, and Germany - collectively known as the EU3 – will avoid triggering sanctions against Iran and tolerate Tehran's suspension of its 2015 nuclear deal commitments. 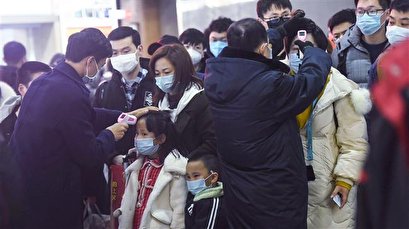 School closures have been extended from one week to three to cover the virus' incubation period of two weeks.

The World Health Organization (WHO) on Thursday declared the new coronavirus an emergency for China but stopped short of declaring the epidemic of international concern.

Health authorities fear the infection rate could accelerate over the Lunar New Year, when hundreds of millions of Chinese travel to their homes and abroad during week-long holidays, which began on Friday.