Israeli-American drug smuggler pardoned in Russia ahead of Netanyahu visit

Tehran 30 january_An Israeli-American woman allegedly jailed over drug smuggling in Russia has been pardoned ahead of a visit by Israeli Prime Minister Benjamin Netanyahu to Moscow. 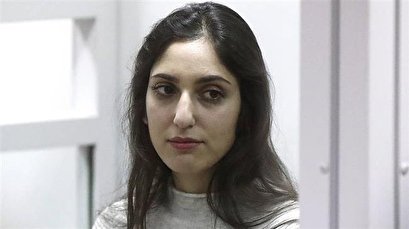 TEHRAN, Young Journalists Club(YJC)_Russian President Vladimir Putin pardoned Naama Issachar, according to a statement released by the Kremlin on Wednesday.

The presidential decree was supposedly issued on "humanitarian principles," read the statement.

The measure was taken as Netanyahu was scheduled to fly directly to Russia after cinching the so-called “deal of the century” in the US.

"I thank my friend, President Putin, on his granting of a pardon to Naama Issachar," said the Israeli premier. "I expect we will meet tomorrow and we will discuss the deal of the century and the recent regional developments."

Issachar had been sentenced her to 7.5 years in a standard regime penal colony, following a ruling by the Khimki City Court in the Moscow Region.