Cruel sanctions by US on Salehi, AEOI will fail to interrupt Iran's nuclear program 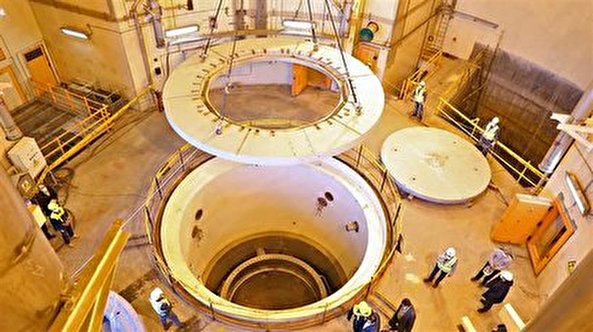 TEHRAN, Young Journalists Club(YJC)_In a Twitter post on Friday, the AEOI slammed the "unwise" move by US President Donald Trump to impose sanctions on Iran's nuclear organization and its chief, which "will not in any way interrupt the peaceful nuclear activities and policies."

"Such cruel sanctions will further enhance the nuclear scientist motives in neutralizing the hostile US policies," it added.

The US Treasury Department announced new sanctions on Salehi on Thursday, adding his name to the SDN (Specially Designated Nationals And Blocked Persons) List of the Office of Foreign Assets Control (OFAC).

The Treasury will, however, issue waivers to sanctions that bar non-US firms from continuing their work in certain AEOI-related projects such as the heavy water reactor in Arak, the Fordow enrichment facility, the Bushehr nuclear power plant and the Tehran research reactor.

"Sanctioning this prominent scientific and political figure, which has been made only out of desperation, will have no effect on the development of the Islamic Republic of Iran's peaceful nuclear program," Mousavi said.

In a post on his Instagram account, Araqchi hailed Salehi as a prominent political figure and an eminent scientist of Iran's nuclear know-how and said, "Our country's nuclear science today is taking the highest scientific and practical steps under his management."

He pointed to Iran's recent steps to reduce its nuclear commitments under the 2015 nuclear deal, officially known as the Joint Comprehensive Plan of Action (JCPOA). "Contrary to what some have claimed, not only all nuclear capabilities (including enrichment and heavy water) remain intact, but today Iran's capabilities in the field of peaceful nuclear technology are not essentially comparable with era before the JCPOA."