No place for Israel to be established on Palestinian lands: Top Hezbollah official

Tehran 2 February _A high-ranking official of Lebanon’s resistance movement, Hezbollah, says there is no place for Israel within the recognized borders of Palestinian lands, dismissing US President Donald Trump’s so-called deal of the century on the decades-old Israeli-Palestinian conflict as “void and unsuccessful.” 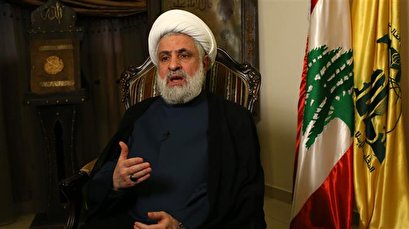 He added that the Palestinian nation together with resistance movements in the region will not let the deal proceed, and will not allow the Tel Aviv regime to occupy Palestinian lands and legitimize its occupation concurrently.

“There is no place for Israel within recognized borders. The only place for Palestine to be established is the entire Palestinian soil from the river to the sea, with (the entire Jerusalem) al-Quds as its capital and not simply its eastern sector. We believe such an ideal will materialize, but it needs some sacrifices and time,” Sheikh Qassem pointed out.