China to halve import tariffs on more than 1,700 US goods

Tehran 6 February _China says it will halve additional tariffs levied against some imports from the United States, following the signing of a preliminary trade deal with Washington. 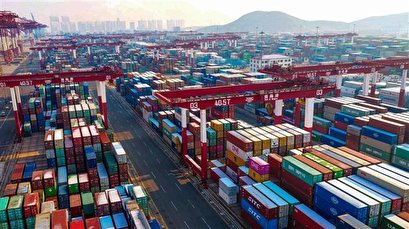 TEHRAN, Young Journalists Club(YJC)_The Chinese Finance Ministry made the announcement in a statement on Thursday, saying Beijing would halve additional tariffs levied against 1,717 products imported from the US last year, and that the tariff reductions would take effect from 0501 GMT on February 14.

The ministry did not state the value of the goods affected by the decision but said the new decision would cut tariffs to 5% from 10% previously, and others would be lowered to 2.5% from 5%.

China said the next adjustments would depend on how Sino-US trade ties would evolve following the “Phase one” agreement, expressing hope that the two sides would work to completely eliminate all tariff increases.

China’s move is also seen as a measure to help the country’s economy, hit by a new coronavirus outbreak, as Beijing has already suspended tariffs on some other US imports that can be used for the treatment of patients.