Time to abandon your delusions: Iran FM tells US president

Tehran 11 February _Foreign Minister Mohammad Javad Zarif has hailed the Iranian people’s massive turnout in rallies marking the 41st anniversary of the victory of the Islamic Revolution, saying it was time US President Donald Trump abandoned his delusions against the Islamic Republic. 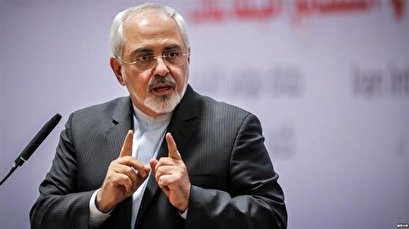 TEHRAN, Young Journalists Club(YJC)_“Iranians turned out in huge numbers to rally on the 41st anniversary of their revolution–and to honor their fallen heroes,” Zarif said in a post on his Twitter account on Tuesday.

The top Iranian diplomat addressed the US president and America’s vassal states, saying, “Time to abandon your delusions.”

He emphasized that all 82 million Iranians are united despite all the challenges and differences when it comes to defending the country.

Millions of Iranians from all walks of life on Tuesday thronged the streets across the country to celebrate the 41st anniversary of the victory of the Islamic Revolution, which toppled the US-backed Pahlavi regime in 1979.