Tehran 13 February _An ex-chief of staff of former US Secretary of State Colin Powell says Iran’s response to the assassination of General Qasem Soleimani has taught US President Donald Trump "a little bit of a lesson," about any future attacks on the Islamic Republic. 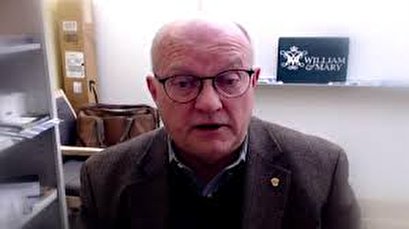 TEHRAN, Young Journalists Club(YJC)_"I think it taught him a little bit of a lesson, because there were a number of things about that retaliation that were surprising; one that it was so proportionate and two that it was so accurate," Lawrence Wilkerson told Press TV on Wednesday.

On January 8, Iran's Islamic Revolution Guards Corps (IRGC) fired volleys of ballistic missiles at the Ain al-Assad airbase in the western Iraqi province of Anbar, where the US troops were stationed.

The retired US army further reiterated that Washington intends to stay in wars because the US military-industrial complex gains billions of dollars in every single war it creates.

Iran's missile operation was in response to the January 3 assassination of General Soleimani, the commander of the IRGC’s Quds Force, and Abu Mahdi al-Muhandis, the second-in-command of Iraq’s Popular Mobilization Units (PMU), and a group of their companions in Baghdad.

The US operation was conducted under Trump’s direction and the US Department of Defense took full responsibility for the assassination.

Both commanders enjoyed deep reverence among Muslim nations over their endeavors in eliminating the US-sponsored Daesh Takfiri terrorist group in the region, particularly in Iraq and Syria.