Tehran 14 February _Saudi Arabian authorities have launched a new campaign of "arbitrary" arrests against Palestinian expatriates living in the conservative kingdom on charges of supporting the Hamas resistance movement. 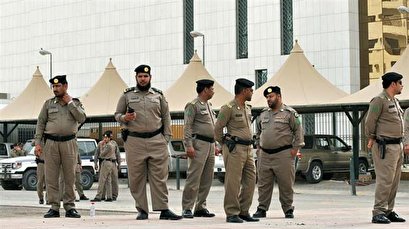 TEHRAN, Young Journalists Club(YJC)_The Prisoners of Conscience, a non-governmental organization advocating human rights in Saudi Arabia, announced in a post on its official Twitter page that the kingdom had detained a number of Palestinians, including the relatives or children of those imprisoned last April for the same reason.

On October 21 last year, Hamas spokesman Sami Abu Zuhri told Arabic-language Shehab news agency in an exclusive interview that Palestinians being held at prisons and detention centers in Saudi Arabia are exposed to various forms of torture and cruel methods of interrogation.

“Unfortunately, there is a harsh investigation procedure against the detainees, some of whom are subjected to various forms of torture. Interrogators of different nationalities are questioning them,” he said then.