Tehran 20 February _UN Special Envoy for Syria Geir Pedersen has called on Moscow and Ankara to de-escalate the situation in the Arab country's Idlib province after the Turkish president threatened "imminent" operation in the last stronghold of terrorists in northern Syria. 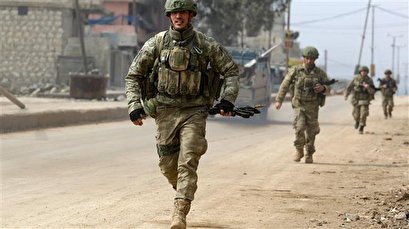 TEHRAN, Young Journalists Club(YJC)-In a Wednesday briefing to the UN Security Council, Pederson said "Turkey and Russia, as sponsors of the Idlib de-escalation arrangements, can and must play a key role in finding a way to de-escalate the situation now."

"I cannot report any progress in ending the current violence in the northwest or in reconvening the political process," he noted.

“Russian and Turkish delegations have met intensively in recent days… and there have been presidential contacts, too. But no understanding has yet emerged. To the contrary, public statements from different quarters, Syrian and international, suggest an imminent danger of further escalation," he noted.

“Like our previous operations, we say our operation may happen suddenly one night,” Erdogan said, referring to three cross-border incursions his country has so far waged in northern Syria.

Speaking at a meeting of the ruling Justice and Development Party’s parliamentary group in Ankara on Wednesday, Erdogan stressed that Turkey was determined to make Idlib a secure zone “no matter the cost.”