Tehran 23 February _Ryanair’s chief executive Michael O’Leary has sparked outrage after he called for the profiling of Muslim men at airports, claiming that terrorists are “generally of a Muslim persuasion”. 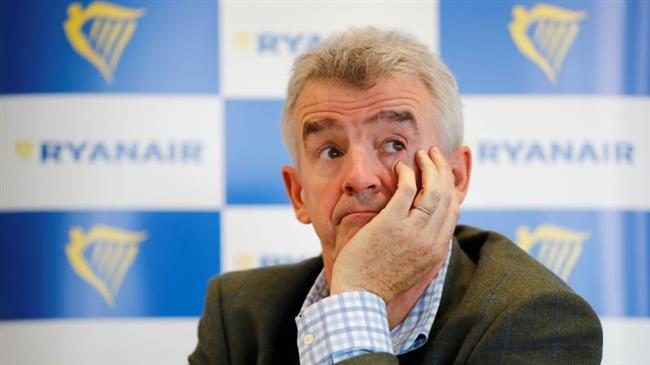 TEHRAN, Young Journalists Club(YJC)-Muslim men should be profiled and face further checks at airports because "that is where the threat is coming from,” the controversial CEO of Europe's largest low-cost carrier said in an interview with the Times newspaper published on Saturday.

He further noted under such profiling guidelines, passengers that would be flagged as a potential threat for terrorism would "generally be males of a Muslim persuasion".

"Who are the bombers? They are going to be single males traveling on their own... If you are traveling with a family of kids, on you go; the chances you are going to blow them all up is zero,” he said.

“You can’t say stuff, because it’s racism, but it will generally be males of a Muslim persuasion. Thirty years ago it was the Irish. If that is where the threat is coming from, deal with the threat,” he added.

A spokesman for the Muslim Council of Britain has accused O’Leary of “Islamophobia” and “encouraging racism”.

“In Germany this week a white person killed eight people. Should we profile white people to see if they’re being fascists? He’s being very blinkered and is actually encouraging racism,” Labour MP Khalid Mahmood told the Times.