Tehran 23 February _A 5.7-magnitude earthquake has hit the border region in northwest Iran, killing nine people in Turkey, and injuring dozens more in both countries. 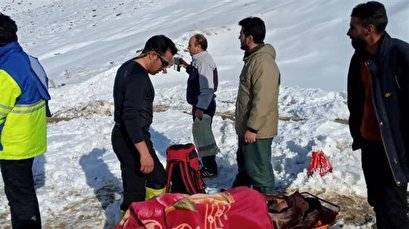 TEHRAN, Young Journalists Club(YJC)-According to the Seismological Center of the Institute of Geophysics of Tehran University, the tremor struck an area 31 kilometers from Qotur in Iran's West Azarbaijan province at 9:24 a.m. local time (0622 GMT) on Sunday.

Some 43 villages in the area suffered damages of 10 to 100 percent. A local official said the earthquake left at least 75 people injured in a number of villages close to the epicenter, but there was no report of fatalities yet.

Hamed Sajjadi, an official with Iran's Red Crescent Society, said rescue teams have been dispatched to the mountainous area to assess the extent of damage.

In Turkey, Interior Minister Suleyman Soylu said at least nine people were killed and 21 others sustained injuries in Van province on the border with Iran.

Three of those killed were children, said Soylu, adding that some 1,066 buildings had collapsed.

Turkish public broadcaster TRT World said the earthquake had affected about 43 villages in Turkey, which has a history of powerful tremors. TRT said damage inspection teams had been sent to the region.