Tehran 24 February _The UK has come under criticism after it transpired that the country committed itself to buying a new generation of nuclear warheads from the United States to replace Trident, a deal which will cost Britain billions of pounds. 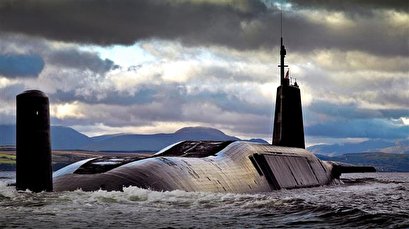 TEHRAN, Young Journalists Club(YJC)-The details of Trident renewal, which will be supported by US technology, were disclosed by two American defense officials in committee hearings earlier this month.

The clandestine nuclear arms deal London signed with Washington without public debate has angered MPs and experts who ask why they have learned of the move only after the decision was made. The agreement also raised questions about Britain's commitment to supporting nuclear proliferation and the country’s reliance on the US for a central plank of its defense strategy.

“It is totally unacceptable that the government seems to have given the green light to the development of new nuclear weapon technologies with zero consultation and zero scrutiny,” Ed Davey, acting leader of the Liberal Democrats, said.

“Britain under Johnson increasingly looks like putty in Trump’s hands. That Britain’s major defense decisions are being debated in the United States, but not in the UK, is a scandal. Under Johnson, it seems that where Trump leads, we must follow.”

MP Stewart McDonald, who serves as the Scottish National Party’s spokesperson for defense, said the defense minister should answer to parliament for the secrecy behind the deal.

A quite astonishing story - even more so that we learn about it from the Pentagon, which raises its own questions. ⁦@BWallaceMP⁩ should come to parliament tomorrow to answer for this. The sooner this ‘sovereign capability’ is scrapped, the better. https://t.co/oB9KLyVAIj

A Green Party official also lamented the incident, describing it as an example of “how it feels to live in a failed democracy.”

The Observer, which originally reported the news, said that Washington had agreed with London not to make an announcement during parliamentary recess but the American defense officials were unaware of this agreement.

According to the Pentagon, the agreement involves the US sharing the technology used in its W-93 sea-launched warhead.