Tehran 24 February _The Weekly is a brief look back at the most consequential news from last week with a view to putting them in context. Published every Monday, The Weekly retells each of the selected stories, adds a little perspective, and gives directions as to where things may be headed. 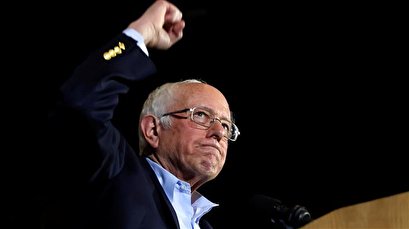 TEHRAN, Young Journalists Club(YJC)-Syria refuses to disappear from the headlines thanks to another country, Turkey. The week ending February 23, 2020 saw more Turkish military activity on Syrian soil. We have also been reporting the spread of the new coronavirus, the COVID-19, to Iran, and the surge of a political oddball in the US primary elections.

On the ground in Syria

The Syrian army has been making gains on the last major battlefronts in the country’s almost nine-year civil war, in its north. The three provinces of Idlib, Aleppo, and Hasakah, all of them in northern Syria, have been the last areas in the country to still see major fighting in them.

Idlib is the only province with the largest concentration of militants. In the last year and a half, and with the critical assistance that had come with Russian airpower, the Syrian army managed to have militants move en masse from across the country into Idlib. The militants were provided safe passage to Idlib, and in return, they handed over their heavy weaponry, but were allowed to take their small arms with them.

As the Syrian government advances in Aleppo, militant-polluted Idlib gains in urgency. And with Turkish intervention there in defiance of Syrian sovereignty and Russian warnings, the province becomes even more of an issue.

Turkey, a patron of the anti-Damascus militants in Idlib, which neighbors Turkey, has reinforced its troops in the Syrian province. Syrian soldiers have been advancing, nevertheless.

Turkey took up observation posts in Idlib under a deal with Russia back in 2018, when the two sides agreed to set up de-escalation zones. But Turkey was never meant to occupy Syrian territory forever. Recently, though, it has been acting as if it were.

As the Syrian military zeroes in on the militants, the Turkish military is also bound to come under fire. And unless Ankara withdraws, the Idlib matter isn’t likely to end well.

Turkey has its own grievances. In the course of the Syrian war, it has been hosting millions of displaced Syrians. The intensified fighting in Idlib has also been uprooting many people, who have been migrating in droves and in wretched conditions to the Turkish side of the border. But the issue does not have a military fix. Ankara can’t afford to start a war with the Syrian government, or Russia, to stop the influx of the refugees — or protect the armed militants. If anything, a stable Syria under full government control will be better able to resettle the refugees and will be more in Ankara’s interest.

Turkey and Russia, as well as Iran, which together make up the three peace guarantors for Syria, have reportedly been working to arrange a meeting on the matter, but the situation is unraveling fast on the ground in Idlib.

The new coronavirus originating in China has reached Iran. On Wednesday, February 19, 2020, two elderly people were confirmed to have died of the virus, named COVID-19.

Since then, at least six other people have lost their lives to the infection. And Iranian authorities have begun enforcing a set of measures to prevent a large-scale outbreak.

Remarkably, face masks are to be distributed among citizens free of charge. All public venues and transportation vehicles, including subway trains and passenger buses, will be disinfected in the capital, Tehran, every day, according to Tehran’s Mayor Pirouz Hanachi. Schools, universities, and cultural centers will also be closed in 14 provinces, including Tehran Province, for a week starting Sunday, significantly reducing human traffic and interaction.

Vermont Senator Bernie Sanders, who ran for the Democratic nomination in the last presidential election in the US and lost, has been surging early in his second run. On Saturday, February 22, 2020, Mr. Sanders won the Democratic primary in Nevada, and skyrocketed to the top of the Democratic list of hopefuls.