Tehran 25 February _Turkish President Recep Tayyip Erdogan says two Turkish troopers have been killed in Libya, despite an earlier assertion that Ankara had withheld the dispatch of forces to the North African country in an attempt to give peace a chance. 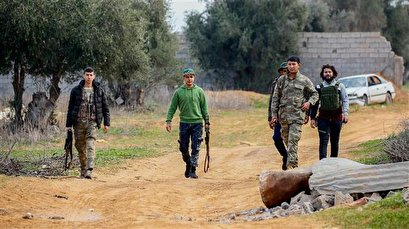 TEHRAN, Young Journalists Club(YJC)-Erdogan announced the toll at a news conference on Tuesday, calling the dead troopers “martyrs” without elaborating.

The Turkish president had said over the weekend that Turkey had suffered “a couple of” casualties in Libya, sparking criticism for not providing a precise number.

Libya’s internationally recognized government, led by Prime Minister Fayez al-Sarraj, has previously sought Turkey’s support against rebels under the command of Khalifa Haftar, who have been fighting to seize the capital, Tripoli, and who receive support from Egypt, Saudi Arabia, and the United Arab Emirates.