Tehran 28 February _The US military says a Chinese Navy ship fired a laser at an American surveillance aircraft flying over the Philippine Sea in international airspace, reporting the alleged incident more than a week after it happened. 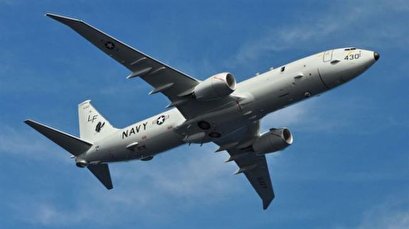 TEHRAN, Young Journalists Club(YJC)_The Chinese naval destroyer lased the Boeing-made P-8A Poseidon aircraft in an “unsafe and unprofessional” act that violated international codes and agreements, the US Navy said in a statement on Thursday.

“Weapons-grade lasers could potentially cause serious harm to aircrew and mariners, as well as ship and aircraft systems,” the statement from US Pacific Fleet said.

The statement also said the laser was detected by sensors on the aircraft, but was not visible to the naked eye, and said the incident took place about 380 miles (611 km) west of Guam.

The Poseidon crew is deployed to Kadena Air Force Base in Okinawa, Japan.

The US regularly dispatches its warships and warplanes to the East and South China Seas, which are adjacent to the Philippine Sea, as part of patrols it calls “freedom of navigation” and without seeking an authorization from China.

China has constantly warned the US against its military activities in the region. Beijing has also urged Washington on numerous occasions to stop meddling in China’s territorial disputes with its neighbors.

US President Donald Trump’s administration has made China a key focus for the Pentagon and seeks to redeploy American forces from other areas to confront a growing military competition with China.

The US claim that China is seeking to expand its international influence has been a common US government assertion since the administration of former President Barack Obama.

There are a growing number of disputes in the US-Chinese relationship, which include a trade war, the disputed South China Sea, and the US relationship with Taiwan, which Beijing considers a renegade province.

Trump launched a trade war with China in 2018 to restrain the country’s growing economic power and to punish China for its alleged economic espionage, cyber attacks, forced technology transfer and dumping of low-priced goods made with massive government subsidies.