Tehran 29 February _Syria’s ambassador to the United Nations tells an emergency UN Security Council meeting that Turkey uses the observation posts it has set up in the Arab country’s northwest to level support for terrorists. 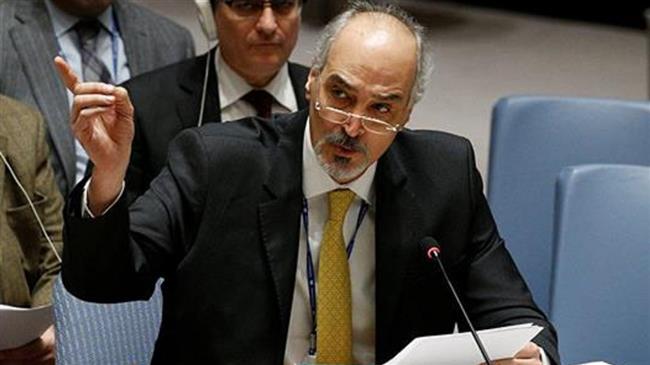 TEHRAN, Young Journalists Club(YJC)_Speaking during the Friday session, Bashar al-Ja’afari strongly condemned the Turkish aggression against Syria, and urged the world body to put an end to Ankara’s adventurism.

Turkey has 12 observation posts in Syria’s Idlib Province, built as part of an agreement with Russia to de-escalate the situation near the Turkish border. Some of the posts, however, now lie in the territory that has been recaptured in joint Russo-Syrian efforts.

Ankara, which itself supports a number of anti-Damascus militant outfits in Idlib, claims that Syrian offensives there have killed dozens of its troops. It has threatened to attack the Syrian military unless government forces abandoned the liberated areas, and asked Moscow to “stop” Damascus.

Turkey has, meanwhile, sent thousands of troops and heavy military hardware into Idlib in an unprecedented incursion to back the militants.

Damascus, though, has vowed to liberate the entire Syria, including Idlib, which contains the largest remaining concentrations of Takfiri terrorists in the Arab country.

The meeting came after reports claimed that a Russia-backed Syrian operation had been followed by the death of 33 Turkish forces.

Russia’s ambassador Vasily Nebenzya, however, noted that the troops had been killed outside their designated observation posts.

He said Turkish troops shared coordinates with Russia, which were then given to Syrian government forces, to avoid conflict on the ground. However, "the coordinates conveyed yesterday did not mention the areas where ultimately the Turkish soldiers died," the envoy said.