Tehran 29 February _US health officials in California, Oregon and Washington state worried about the novel coronavirus spreading through West Coast communities after confirming three patients were infected by unknown means. 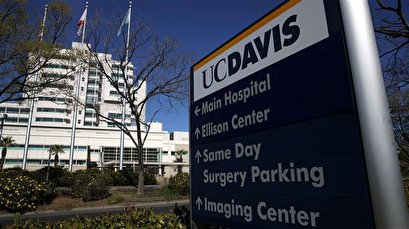 TEHRAN, Young Journalists Club(YJC)_The patients — an older Northern California woman with chronic health conditions, a high school student in Everett, Washington and an employee at a Portland, Oregon-area school — hadn’t recently traveled overseas or had any known close contact with a traveler or an infected person, authorities said.

Earlier U.S. cases include three people who were evacuated from the central China city of Wuhan, epicenter of the outbreak; 14 people who returned from China, or their spouses; and 42 American passengers on the Diamond Princess cruise ship, who were flown to U.S. military bases in California and Texas for quarantining.

Convinced that the number of cases will grow but determined to keep them from exploding, health agencies were ramping up efforts to identify patients.

The California Department of Public Health said Friday that the state will receive enough kits from the U.S. Centers for Disease Control to test up to 1,200 people a day for the COVID-19 virus — a day after Gov. Gavin Newsom complained to federal health officials that the state had already exhausted its initial 200 test kits.

Santa Clara County in the San Francisco Bay Area reported two cases where the source of infection wasn’t known. The older woman was hospitalized for a respiratory illness, and rapid local testing confirmed in one day that she had the virus, health officials said.

“We need to begin taking important additional measures to at least slow it down as much as possible,” she said.

Cody said the newly confirmed case in Santa Clara County is not linked to two previous cases in that county, nor to others in the state.

The Santa Clara County resident was treated at a local hospital and is not known to have traveled to Solano County, where another woman was identified Wednesday as having contracted the virus from an unknown source.