Tehran 12 March_During a visit to Moscow, a delegation from the Gaza-based Islamic Jihad movement has exchanged views with Russian officials on issues such as unity among Palestinian factions and a pro-Israel proposal devised by Washington on the Middle East conflict. 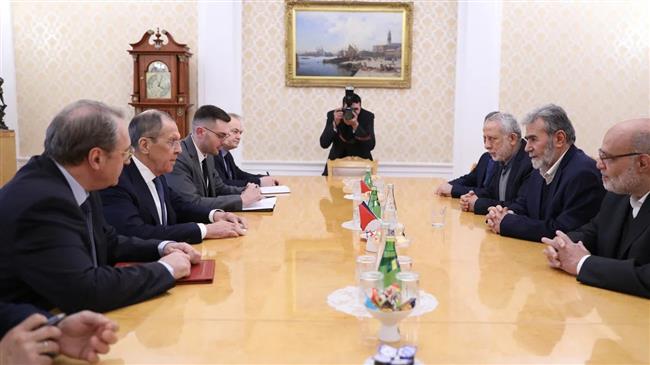 Islamic Jihad representatives voiced their firm opposition to the US scheme, saying it strives to “eliminate the Palestinian problem, as well as to give up Jerusalem [al-Quds], the West Bank and the right of return of refugees,” the report said.

They also emphasized that “the Palestinian people will never give up their historical rights and national principles,” and that the path to restoring national unity lies in building a source of national authority under the 2017 Beirut agreement, it added.

During a meeting in Beirut in January 2017, different Palestinian groups, including the Islamic Jihad and the Gaza-based Hamas resistance movement, agreed on “the necessity of holding a meeting of the Palestinian National Council which includes all Palestinian factions” and “implementing reconciliation agreements and understandings beginning with the formation of a national unity government.”