The spokesman for the Yemeni Armed Forces says the country’s troops, supported by allied fighters from Popular Committees, have managed to seize full control over the country’s northern province of al-Jawf from Saudi-sponsored militiamen loyal to former president Abd Rabbuh Mansur Hadi. 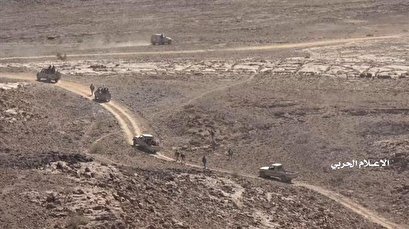 Speaking at a press conference in the Yemeni capital city of Sana’a on Wednesday afternoon, Brigadier General Yahya Saree highlighted that the liberation of the territory during a recent operation, codenamed “God Overpowered them”, corroborated the ability and prowess of Yemen’s armed forces to impose new equations in a different geographical terrain, and on more than one front in a very short period of time.

“Our forces efficiently carried out all their operational tasks after having been able, with God's help, to move from the defense stage to the offense one through a comprehensive military strategy,” he added.

Saree highlighted that Saudi military forces pushed hundreds of mercenaries, mostly from the kingdom’s southern border regions of Najran, Jizan and Asir, into the intense battles, and Saudi-led military aircraft mounted over 250 raids.