Tehran 26 March_The United States has reported over 200 new deaths from the coronavirus outbreak, marking the deadliest day since the pandemic began in the country. 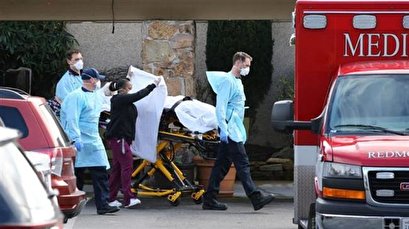 TEHRAN, Young Journalists Club(YJC)_The deaths bring to 921 the number of people who have died so far while confirmed cases surpassed 65,000. The governors of at least 18 states, including New York and California, have issued stay-at-home directives.

The measure affects about half of the US population and closes many businesses as authorities around the country seek to stem the outbreak.

“People want to walk. They want to go out and get some air. You want a less dense area, so pilot closing streets to cars, opening streets to pedestrians,” Cuomo told reporters Wednesday.

He also criticized the Senate stimulus bill that would allocate $2 trillion relief for businesses, individuals and governments affected by the virus, saying "it would be really terrible for the state of New York."