The Taliban militant group in Afghanistan says a peace deal recently signed with the United States is nearing a breaking point because Washington and the Afghan government are violating its terms. 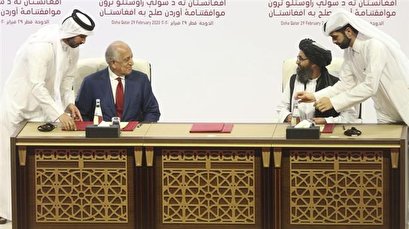 In a statement on Sunday, the Taliban accused the US of breaching the deal by conducting drone strikes against civilians and accused the Afghan government of dithering about the release of Taliban prisoners as promised in the agreement.

Taliban negotiators signed the deal with the US in Qatar on February 29. Under the deal, the US committed to a gradual withdrawal of its forces from Afghanistan, and the Taliban agreed not to allow terrorist groups on Afghan soil and not to attack US and international forces as long as they were in the process of withdrawing.

The US and other foreign forces have started pulling out, a process that could take 14 months to complete.

Kabul was not a party to the negotiations that led to that deal. The Taliban would refuse at the time to recognize the Afghan government. But under the same deal, the militants agreed to ultimately sit down with the government. A first face-to-face meeting over a prisoner exchange did take place last week.