A Yemeni maritime official says the Saudi-led coalition has impounded more than a dozen ships carrying energy derivatives and food destined for the conflict-plagued and impoverished Arab country, despite the fact that the vessels had earlier acquired necessary permits from the United Nations. 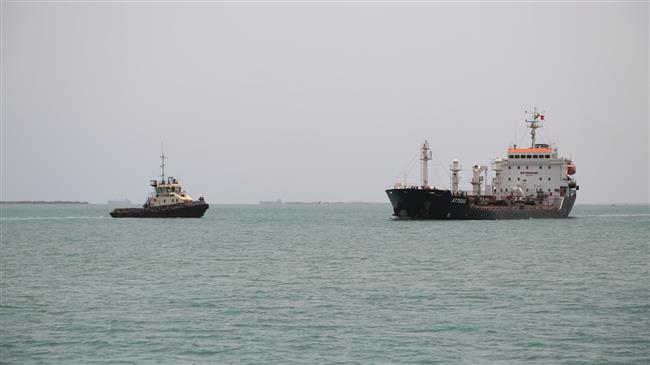 The unnamed official at Hudaydah port told Arabic-language al-Masirah television network on Thursday that 14 tankers loaded with more than 320 thousand tons of oil derivatives and three vessels with foodstuff aboard have been marooned at a port in Djibouti.

He added that the vessels had undergone inspection by the United Nations and obtained the relevant papers to dock at Yemen’s Hudaydah port.

The remarks came a day after the Saudi-led coalition, which has been engaged in a brutal five-year-old military aggression against Yemen, declared a two-week ceasefire, and announced that it would take effect at 12 p.m. local time (0900 GMT) on Thursday.

Yemen’s Houthi Ansarullah movement has, in return, downplayed the Saudi-led coalition’s ceasefire announcement, describing it as a chance for the alliance to get out of the quagmire with minimum disgrace. The movement highlighted it would will not abide unless a years-long siege on the impoverished nation is lifted.