Tehran 22 April _The Iranian Judiciary has dismissed as politically-motivated a United Nations human rights report that suggests Iranian prisoners face discrimination when it comes to receiving furloughs during a new coronavirus outbreak, saying Iran’s performance in dealing with the issue — compared to that of the West — has been “exemplary.” 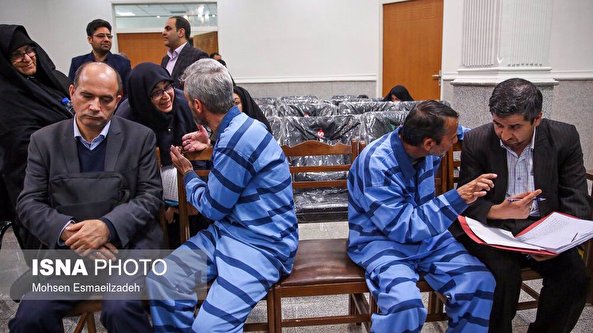 TEHRAN, Young Journalists Club(YJC)_“The Islamic Republic’s performance in both protecting the inmates’ health and prisons’ security and granting furloughs to them can be looked upon as an exemplary and outstanding model, “ Iran’s Judiciary spokesman Gholamhossein Esmaili said Tuesday.

Esmaeli's remarks came after UN human rights experts called for the immediate release of prisoners, including dual nationals and foreigners, amid the COVID-19 pandemic, which has hit Iran and other world states.

In a report released on Friday, UN experts, including the UN Special Rapporteur on human rights in Iran, said the Islamic Republic should expand its temporary release of thousands of detainees, claiming that “Iran’s prisons have long-standing hygiene, overcrowding and healthcare problems.”

Esmaeli said that the UN experts would better report on what the United States, Britain and other European countries, where the coronavirus is more prevalent than in Iran, have done about their detainees.

“We have not seen any reports of furloughs or assistance to detainees from the countries” making such claims against Iran, he said, stressing that justice has been served and no distinction has been made among the inmates.

Ismaili said that Iran has recently furloughed more than 1,000 foreigners in order to prevent a further spread of the pandemic.

“We do not recognize dual citizenship, and our criteria for granting leave are the type of crime, the time served, the potential risks that an individual can pose to the society, and the eligibility to parole,” he added.

The coronavirus first emerged in China and later spread to other world countries. Iran has so far reported 84,802 cases of infection with the virus and 5,297 deaths from COVID-19. Over 60,900 patients have also recovered.

The overall COVID-19 infections and fatalities in Iran have shown a downward trend in recent weeks.