Tehran may 1_Al-Nujaba Islamic Resistance calling the emptying of the US bases in Iraq a show warned on the US new project on bringing back terrorism and the top commanders of the ISIS to Iraq. 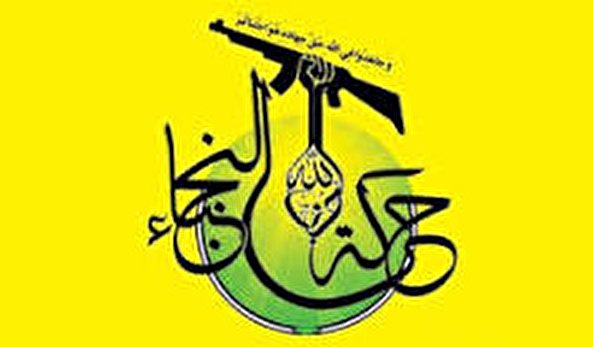 Al-Nujaba’s Political Board, in response to the new movements of the US, issued a message and announced, “Although the world is in the fight against Coronavirus pandemic, Washington, once again using its forces in other countries, is attempting to play with the national geography of nations and undermine the stability of the Arabian homeland”, reported al-Nujaba’s Centre for Communications and Media Affairs in Iran.
The Board, mentioning that “The rash policy of the US still regards Iraq a part of its big project, which is aimed at creation of religious divisions and political ethnocentrism,” states, “Through a new endeavour, in order to compensate its failures in finding new effective solutions for resolving its internal problems, its inability in putting an end to the suffering of the American nation and repairing all the damages caused by Coronavirus pandemic followed by the evident collapse of this country’s economy, the US is attempting to exert influence  in Iraq.”
Al-Nujaba’s Political Board, divulging the new plot of the Americans, reiterates, “Washington is insisting on returning terrorism, including the commanders of the ISIS from Syria, to Iraq. The evidence for what mentioned, the evil plan and goals of the US for undermining the security and stability of Iraq are carrying the ISIS forces from the east of the Euphrates and some areas of Syria bordering with Iraq, together with the security problems and terrorist attacks in Kirkuk, all being preliminaries for the conduction of the US new project.”
The statement further mentions, “We express our deep concern over the expansion of the insecurities and emphasize to American occupiers that the Iraqi Islamic Resistance is closely observing their destructive plans so that it can neutralise all the perils threatening Iraqi provinces. Therefore, we ask the Iraqi official to adopt necessary decisions for maintaining the Iraqi security and make the required plans for controlling terrorist groups, and by doing so, prevent reoccurrence of ۲۰۱۴ events. And to this end, all the movements of Americans, including the entrance of convoys and their military equipment backed by massive air strikes, ought to be uncovered by government officials.”
Finally, once again warning on the current movements of the US in  the Iraqi environment, the statement of the Movement points out, “Washington is preparing a new plot and emptying its bases in Iraq is nothing but a show, for Americans disapprove of Iraq’s stability.”
Share to
Tags
Nujaba ، Iraq ، united states
Your Comment