Tehran 06 May_The Israeli regime continues with its airstrikes in the region and has threatened to keep up aggressive attacks, posing grave threat to the lives of thousands of innocent civilians. 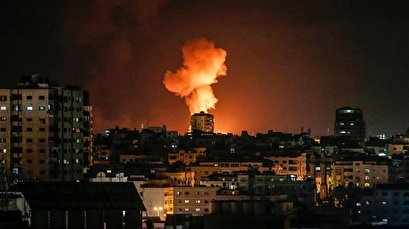 In its latest aggression on Tuesday night, Israel’s military reportedly struck three sites belonging to the Palestinian Hamas resistance movement in the northern city of Beit Hanun in the besieged Gaza Strip.

The attack left no injuries or damages as Palestinian media reported.

Gaza has been under Israeli siege since June 2007 and the Israeli military frequently bombs the coastal enclave, with civilians being the main target of such attacks.

Elsewhere in the region, the Tel Aviv regime launched airstrikes on military depots in the northern Syrian province of Aleppo on Monday evening before being confronted by the Arab country’s air defense units.

Syria has yet to announce the losses caused by the aggression.