Tehran, 08 May_ Indianapolis police shot and killed a black man after a car pursuit and foot chase in an incident that was apparently captured on Facebook Live, leading to calls on Thursday by civil rights leaders for a thorough investigation of the incident. 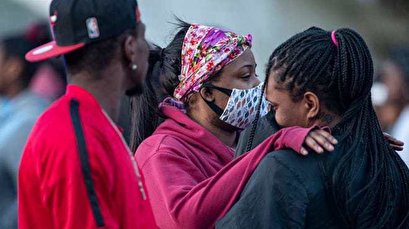 The incident involved a black officer and occurred shortly after 6 p.m. on Wednesday on the city’s north side, the Indianapolis Police Department said. Chris Bailey, an assistant chief of police, said the suspect shot at the officer, who returned fire. He said police were aware of the video, which is no longer on Facebook, and were investigating.

The Indianapolis chapter of the National Association for the Advancement of Colored People said in a statement circulating on local media that it would monitor the investigation and take action if needed.

“Simply being Black in America should not be a death sentence, but for countless people, it is. I will continue to monitor the situation,” US Representative André Carson, a member of the Congressional Black Caucus, said on Twitter.

A series of police-involved shootings of black men in recent years triggered mass protests across the country and led to the formation of the Black Lives Matter movement, which has demanded an end to an unjustified use of lethal force in minority communities.

On Wednesday night, dozens of people gathered near the scene in northwest Indianapolis and chanted “No justice, no peace,” according to the Indianapolis Star.

A Fox television affiliate in Indianapolis posted a 36-minute video on its website that it said the suspect had recorded himself and posted live on Facebook. It said Facebook later removed the clip.

The video showed a man driving away from a police car, saying “I am not going to jail today.” He parked and began to run. Within a few seconds, a second man was heard saying “down, down.” The man groaned after apparently being hit with an object. Immediately, shots ring out. The video continued for another 22 minutes as police converged onto the scene.

Bailey, the assistant police chief, told a news conference aired on WISH-TV, a local CBS affiliate, that the incident began at 6 p.m. Wednesday when off-duty officers saw a motorist driving recklessly on Interstate 65, at almost 90 miles per hour.