Tehran, 08 May_ A Saudi tribe has been hit by bloody forced eviction measures employed to make way for the construction of the Crown Prince Mohammed bin Salman (MBS)'s visionary utopian city. 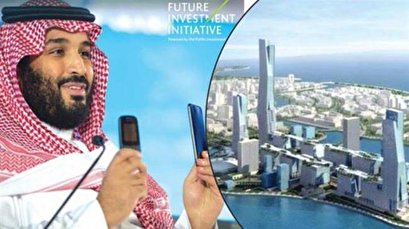 The so-called smart city known as NEOM is planned to be constructed in Tabuk region of northwestern Saudi Arabia on the Red Sea in an area nearly the size of Belgium.

The much-hyped futuristic megacity with the cost estimate around $500 billion is part of bin Salman’s 2030 vision to transform the image of the kingdom into a more modern representation and to diversify its oil-based economy.

But the path to construct the city has been a bloody one as a member of the local Howeitat tribe, Abdul-Rahim al-Howeit, was shot dead by Saudi forces, who claim that he had opened fire and refused to surrender. Al-Huwaiti was allegedly accused of storing weapons.

His killing happened after he released videos in which he decried his tribe’s forceful eviction from their historic homeland to make way for the construction of the high-tech city, and that as an effort to incriminate him Saudi officials would plant weapons in his house.

Following the killing other members of the Bedouin tribe who also refused to give up their land were arrested.

The events expose a rare domestic clash with the ruling party which is infamous for crushing popular dissent, while it grapples with the economic blow of historic low crude prices and a coronavirus-led shutdown.

Authorities have proposed budget cuts addressing crude crash that according to the Saudi finance minister could be “painful” and includes an “extremely long” list of affected items. He did not comment whether the budget cuts will be applied to the NEOM project.

According to a Saudi source associated with the project, the government is offering “generous compensation in cash” and “new properties” along with “university scholarship and vocational training” to those displaced by the project.

The proposed compensation measures have been dismissed by the tribesmen according to activists who believe NEOM is a liberal enclave in a conservative society and will less likely offer any benefits to the local residents.