US conducting terror attacks in Venezuela to replace Maduro with Guaido: Analyst

Tehran, 09 May_The United States will continue to use terrorist attacks and sanctions against Venezuela to replace President Nicolas Maduro with American puppet Juan Guaido, an author and political analyst says. 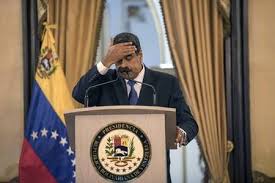 “The US has not given up its attempt to overthrow the Maduro government. It will continue these crippling sanctions on the economy,” said Daniel Kovalik, an academic at the University of Pittsburgh.

“I'm certain that there will be more attempts of a military sort to overthrow the government, even if it is just limited to terrorist type tactics of attacking electrical grids and public buildings and public officials,” Kovalik told Press TV on Friday.

“You can't separate Guaido from Washington. He is a creation of Washington. It was Washington that designated him the interim president of Venezuela,” he added.

Maduro made the comments in an interview with a Uruguayan news outlet, saying the evidence would soon reveal the US president himself was behind the “covert operation” last weekend, during which two US security contractors were arrested and eight armed locals killed.