Tehran, 13 May_Afghanistan’s President Ashraf Ghani has ordered the country’s military to switch to offensive mode from a defensive one in the wake of the latest bout of bloodshed in the war-ravaged country. 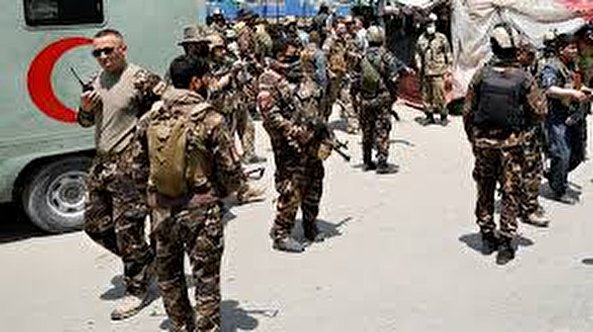 “In order to provide security for public places and to thwart attacks and threats from the Taliban and other terrorist groups, I am ordering Afghan security forces to switch from an active defense mode to an offensive one and to start their operations against the enemies,” Ghani said in a televised speech on Tuesday.

The comments came after three militants attacked a maternity hospital in the Afghan capital, Kabul, on Tuesday, killing at least 16 individuals, including two newborn babies and their mothers. There was no immediate claim of responsibility for the attack, but in a statement, the Taliban said they had nothing to do with it.

In a separate attack on the same day, a terrorist detonated an explosive vest at a funeral ceremony in the eastern Nangarhar Province, killing at least 24 people and injuring 68 others.

President Ghani pointed the finger at both the Taliban and Daesh.

"Today, we witnessed terrorist attacks by the Taliban and Daesh groups on a hospital in Kabul and a funeral in Nangarhar, as well as other attacks in the country," Ghani said.

Daesh has been securing a foothold in Afghanistan ever since it was flushed out of its former Middle East bastions. The US has been largely blamed for relocating remnants of the terrorist group to the Central Asian country following their defeat in Iraq and Syria.

The presidential order to the Afghan military to change posture came months after the Afghan government adopted a defensive stance as part of efforts to save a so-called peace deal between the Taliban and the United States.