Jordan’s King Abdullah II warns Israel that the regime should wait for a major clash with the kingdom if it goes ahead with plans to annex the occupied Palestinian territories of the West Bank and the Jordan Valley. 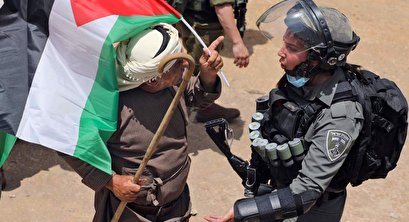 Abdullah said in comments published by the German magazine Der Spiegel on Friday that Amman was considering all options to respond to Israel’s plans to begin the illegal annexation process in early July.

However, the king fell short of threatening Israel with a freeze of Jordan’s controversial peace treaty with the Tel Aviv regime.

“I do not want to jump to statements and threats, and I will not prepare the ground for confrontation, but we are studying all the options and formulating understandings with many European countries and the international community,” he said.

The comments come after Israeli Prime Minister Benjamin Netanyahu received the approval of his newly-installed coalition government to put his annexation plan for a vote in the Israeli cabinet or parliament as soon as July 1.

The plan, which enjoys the full support of the US government, has faced growing international criticism as the Israelis intend to annex lands that were occupied after the 1967 war with the Arabs and have been illegally used for settlement over the past decades.

The international community views the entire West Bank and the eastern part of the occupied city of Jerusalem al-Quds as lands that could become home to an independent Palestinian state in future.

King Abduallah II said that pressing for a one-state solution to the Israeli-Palestinian conflict would mean a collapse of the Palestinian Authority, the administration which is based in the West Bank and represents the interests of the Palestinians around the world.

That could have serious consequences and would lead to “deterioration and chaos and radicalization in the region,” he said.