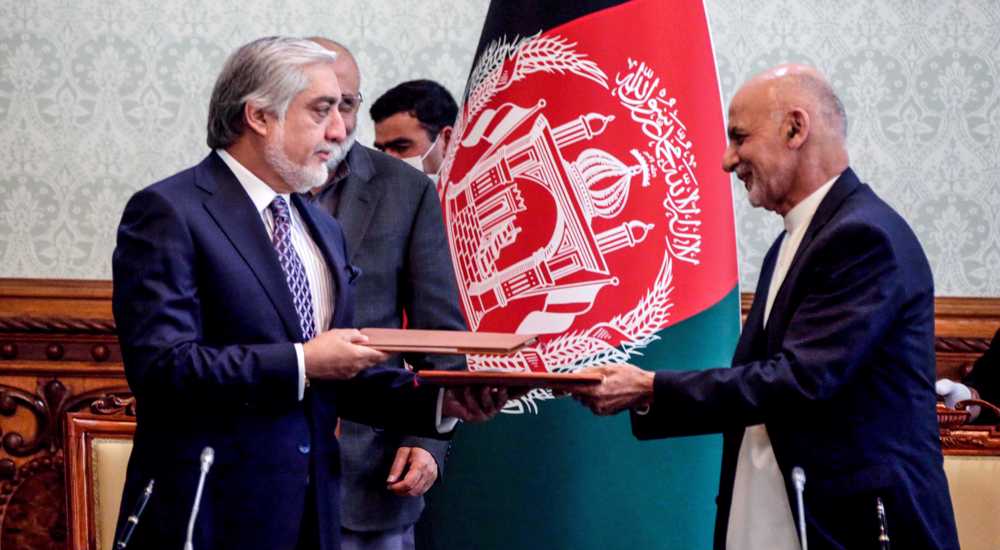 The Iranian foreign minister made the remarks in phone calls to Afghan President Ashraf Ghani and his rival Abdullah Abdullah on Sunday after the two sides signed a power-sharing deal, ending a bitter months-long feud that plunged the country into political crisis.

During his talks with Afghan political leaders, Zarif assured them that the Islamic Republic is ready to consolidate unity among all groups in Afghanistan.

He also noted that the Islamic Republic supports further convergence among all groups in Afghanistan, including the Taliban.

Abdullah, a former official, contested the results of the last presidential election in Afghanistan last year, which saw Ghani winning another consecutive term in office. Abdullah held a parallel inauguration ceremony for himself simultaneously with Ghani in March, but the international community only recognized Ghani.

The Sunday breakthrough, which sees Abdullah heading peace talks with the Taliban, comes as the war-torn country is battling serious crises, including a rapid spread of the deadly coronavirus pandemic and increasing militant violence.

"Doctor Abdullah will lead the National Reconciliation High Commission and members of his team will be included in the cabinet," Sediq Sediqqi, spokesman for Ghani, wrote on Twitter.