Tehran, 18 May_The US is facing a severe economic downturn amid the global pandemic, but will not suffer another Great Depression and will see a recovery begin later this year, Federal Reserve Chair Jerome Powell said Sunday. 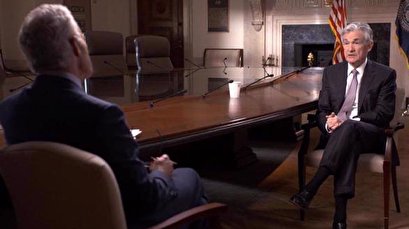 The world's top economy was strong before the COVID-19 outbreak hit, like a natural disaster, causing nationwide business shutdowns, Powell said. And the banking system had been rebuilt stronger since the global financial crisis.

Data show more than 30 million jobs were destroyed in the US, as businesses were shuttered nationwide amid the efforts to stop the spread of the virus.

For the April-June period, the economic data "will be very, very bad. There'll be a big decline in economic activity, big increase in unemployment," Powell told the CBS program "60 Minutes."

But "there're some very fundamental differences" between the current crisis and the Great Depression of the last century, he said.

The US economy could "easily" collapse by 20 to 30 percent this quarter, and unemployment could peak at 20 to 25 percent, but, "it should be a much shorter downturn than you would associate with the 1930s."

The other key difference is, rather than raising interest rates, the Fed slashed lending rates to zero and is prepared to come up with new ways to support growth, Powell said.