Tehran, 23 May_Tehran’s Azadi Stadium has been nominated for the Great Grounds of Central & South Asia. 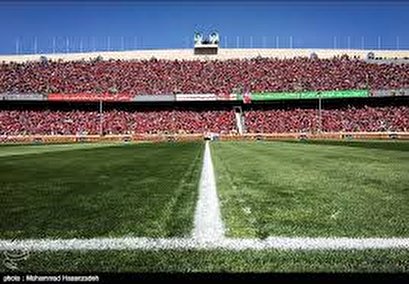 The Central and South zones are home to some of the most spectacular stadiums in Asia, where they have frequently welcomed the world.

Built as the center-piece of the hosting of the 1974 Asian Games, Azadi Stadium in Tehran is the home venue for the Islamic Republic of Iran national team as well as domestic heavyweights Persepolis and Esteghlal.

The bowl-shaped structure, which helps create a vibrant and often intimidating atmosphere, sits within the Azadi Sports Complex, which also contains an aquatics center and several other sporting venues.

The stadium also matched those numbers in the two subsequent ties hosted by Persepolis against Uzbek side Bunyodkor and Al Hilal of Saudi Arabia.

The Azadi Stadium has also hosted some of Asian football’s most prestigious matches, including the final of the 1976 AFC Asian Cup, when Ali Parvin scored the only goal of the game to give the home team victory over Kuwait. And in 1999 and 2002, the stadium played host to the final of the Asian Club Championship.

The stadium hosted its first AFC Champions League final in 2018, when Persepolis played Kashima Antlers in the second leg before a packed stadium. The match ended 0-0, with Kashima securing the title with a 2-0 aggregate win.