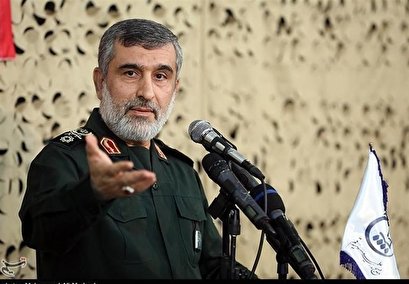 “We are currently at the highest level of defense readiness after victory of the Islamic Revolution,” Brigadier General Amir Ali Hajizadeh told IRIB, saying people of Iran may rest assured that the country has no problem in the defense sphere.

“Iran is militarily powerful,” the commander said, dismissing threats from the enemies as a sign of their “fear and concerns” about Iran’s power.

He further stressed that domestic capabilities should be focused on efforts to settle the economic woes.

In February 2018, Leader of the Islamic Revolution Ayatollah Seyed Ali Khamenei called for efforts to maintain and boost Iran’s defense capabilities, hitting back at the enemies for disputing the country’s missile program.

“Without a moment of hesitation, the country must move to acquire whatever is necessary for defense, even if the whole world is opposed to it,” Ayatollah Khamenei said at the time.