TEHRAN 25 May_A White House economic advisor has warned the unemployment rate in the United States may cross 20 percent in May, as the coronavirus pandemic continues to plague the US economy. 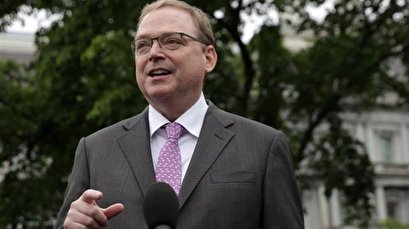 US employment will likely be at "a number north of 20% in May," Kevin Hassett said in an interview with CNN on Sunday.

Hassett said the number is expected to be even higher in June.

He underlined that the US unemployment rate could remain at double-digit levels by at least November.

"You're going to be starting at a number in the 20s and working your way down and so, of course, you could still not be back to full employment by September or October,” he said.

"If there were a vaccine in July, then I'd be way more optimistic about it," he added, stating that consumer activity and markets have been shaken by the pandemic.

The latest official data show the number of Americans who have filed for jobless benefits due to COVID-19 lockdowns has reached 38.6 million.

The unemployment rate soared to around 15 percent in April, the highest since the Great Depression in the 1930s.

The Labor Department’s Bureau of Labor Statistics said on Friday that this happened because businesses were closed across the United States in an effort to contain the coronavirus pandemic that has killed at least 95,000 and infected more than 1.58 million people in the US.