Tehran, 26 May_Quds Day is an internationally commemorated day instituted by Ayatollah Seyyed Ruhollah Mousavi Khomeini (RA), the founder of the Islamic Republic of Iran, to garner worldwide support for the oppressed Palestinian people. Needless to say, this day of international protest against the Zionist apartheid regime’s policies in the Occupied Palestinian Territories is neither supported nor even acknowledged by US President Donald Trump’s Zionist-aligned, neo-fascist cabal in Washington. 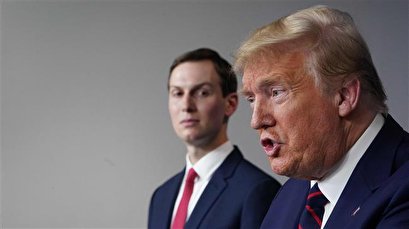 Celebrated in Palestine, Iran, Iraq and elsewhere around the world by all who fight against oppression, Quds Day was instituted by Imam Khomeini on August 7, 1979 following the victory of the Islamic Revolution in Iran earlier that year.  Imam Khomeini’s intent upon founding Quds Day, which falls every year on the last Friday in Ramadan, the holy month of fasting, was that it should be an annual day of unity among Muslims and a show of solidarity against the Great Satan (America) and its corrupt Zionist ally.

“Regarding Israel,” Imam Khomeini stated, “Certainly we shall not help an illegitimate, usurper government which is transgressing the rights of the Muslims and is an enemy of Islam.”  Imam Khomeini further affirmed, “We are always supporting our Palestinian and Arab brothers.”  Lamenting the disunity of Muslims in the world today, the Imam noted, “They clearly see that a flimsy state like Israel is standing in the Muslims’ face. If they were united, and each one of them poured just a bucket of water on Israel it would be drifted away by the flood.”

An unlikely candidate to be an evangelical leader, Trump has nevertheless managed to tap into what might be termed “secular revivalism” and thereby gain political support from the vast network of Christian Zionists in America.  Even his 2016 campaign slogan, “Make America Great Again” is a revivalist phrase used by Ronald Reagan in his campaign for the presidency in 1980. “We can observe a gradual secularization of revivalist nationalism, one that could even accommodate a non-evangelical figure like Donald Trump,” stated Dan Hummel, a history scholar at Harvard’s Ash Center.

To bolster his evangelical standing, Trump has gone so far as to sign an executive order to place Jews in the same protected status as Blacks and other minorities under Title VI of the US Civil Rights Act of 1964.   The act, incidentally, was implemented to protect people against discrimination by race, color, or national origin; it specifically does not cover religious discrimination.  To overcome this shortcoming in the law and make it applicable for the purpose of squelching dissent against Zionism, Trump conflates religion and race in his executive order by stating that “individuals who face discrimination on the basis of race, color, or national origin do not lose protection under Title VI for also being a member of a group that shares common religious practices.”   Thus by conflating the Jewish religion with race and ethnicity, Trump has effectively equated anti-Semitism with anti-Zionism in order to stifle criticism of the Israeli entity.

Trump’s Jewish son-in-law, Jared Kushner made the intent of the executive order crystal clear in a New York Times op-ed published in December 2019.  Announcing that he “could not be more proud of President Trump’s new policy,” the alleged senior advisor went on to explain that by using the International Holocaust Remembrance Alliance’s definition of antisemitism, his father-in-law “has stated publicly and on the record: Anti-Zionism is anti-Semitism.”  Kushner, by the way, has ties to a family real estate business in the Occupied Palestinian Territories, which has received $30 million in investments from Menora Mivtachim, one of Israel’s largest financial institutions.

Kushner has been his father-in-law’s Middle East envoy and chief architect of the “Deal of the Century,” the dead-on-arrival peace plan for Palestine.  Heavily tilted in favor of the Zionist regime, Kushner’s peace plan was immediately dismissed by Palestinian leaders as an unworkable attempt to construct an economic edifice devoid of a political foundation. Concerning the plan, senior PLO member Hanan Ashrawi remarked, “It is totally divorced from reality. The elephant in the room is the occupation itself.”   And Kushner’s family has been a solid supporter of the Israeli occupation of Palestine, having donated nearly $300,000 to Friends of Israeli Defense Forces, which runs educational and cultural programs for Israeli soldiers.