Tehran, 26 May_President Hassan Rouhani urges Switzerland — which represents the US’s interests in Iran and has created a financial channel to apparently enable evasion of Washington’s sanctions — to play a more influential role in confronting the illegal, unilateral, and inhumane American bans. 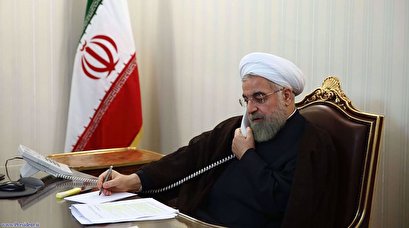 The US returned the sanctions after leaving a historic nuclear accord between the Islamic Republic and world powers in 2018. The measures defied the agreement’s multilateral nature and the fact that it has been ratified by the United Nations Security Council in the form of a resolution.

Washington then began forcing others to toe its sanctions’ line. Britain, France, and Germany have stopped their transactions with the Islamic Republic, bowing to the pressure.

On October 3, 2018, The Hague-based International Court of Justice, the UN’s principal judicial organ, issued a ruling that ordered the US to halt its unilateral sanctions on humanitarian supplies to Iran. The verdict was a response to a lawsuit that had been lodged by Iran in July that year.