Tehran, 27 May_Warplanes from the Saudi-led military coalition waging war on Yemen have carried out 47 airstrikes on different parts in the country, further destroying the impoverished country’s infrastructure. 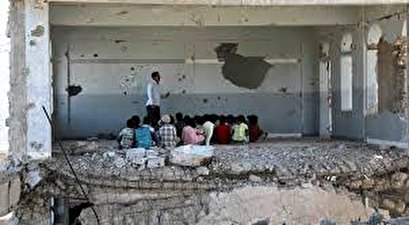 Majzar and Midghal districts in the central province of Ma’rib were struck 19 times, and Khasf Village in the Hazm district in the northern province of Jawf were pounded five times, the source said.

The airstrikes inflicted heavy damage on infrastructure in those localities.

According to the report, the Saudi-led coalition also violated a ceasefire in the western province of Hudaydah 67 times during the previous hours, killing at least one civilian.

Supported militarily by the US, the UK, and other Western countries, Saudi Arabia and a number of its regional allies launched the devastating war on Yemen in March 2015 to subdue a popular uprising that had overthrown a regime friendly to Riyadh.

The US-based Armed Conflict Location and Event Data Project (ACLED), a nonprofit conflict-research organization, estimates that the war has claimed more than 100,000 lives over the past five years.

More than half of Yemen’s hospitals and clinics have been destroyed or closed during the war by the Saudi-led coalition at a time when Yemenis are in desperate need of medical supplies to fight the COVID-19 pandemic.

At least 80 percent of the 28-million-strong population is also reliant on aid to survive in what the United Nations (UN) has called the world’s worst humanitarian crisis.