Tehran, 28 May_China has rejected attempts by the United States to have the United Nations Security Council hold a meeting over Beijing’s proposed national security law for Hong Kong, emphasizing that the issue is an internal matter. 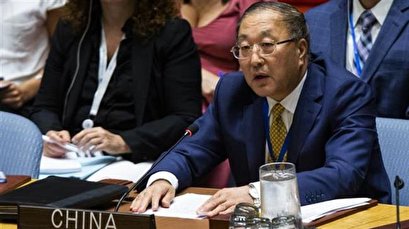 During a Security Council meeting on Wednesday, the United States and China traded barbs over the imposition of the law on the semi-autonomous Chinese city.

China “categorically rejects the baseless request” because the national security legislation for Hong Kong was an internal matter and “has nothing to do with the mandate of the Security Council,” China’s Ambassador to the UN Zhang Jun said later on Twitter.

The US’s bid to put the Hong Kong issue on the Security Council’s agenda came after China introduced a national security law on Hong Kong as part of measures aimed at restoring calm to the city after seven months of violent anti-government protests last year.

The US Mission to the UN claimed in a statement that the introduction of the law was “a matter of urgent global concern ​that implicates international peace and security,” arguing in favor of a Security Council meeting.

In response, China’s ambassador to the UN accused the United States of being “the trouble maker of the world,” urging Washington to stop its “bullying” actions across the world.

“Facts prove again and again that the US is the trouble maker of the world. It is the US who has violated its commitments under the international law. China urges the US to immediately stop its power politics and bullying practices,” Ambassador Zhang said.