TEHRAN, 30 May_The easing of UK lockdown rules, announced on Thursday, which will allow up to six people to meet outside from Monday, has been described as “a long-awaited and joyful moment” as family and friends reunite after 10 weeks in lockdown. 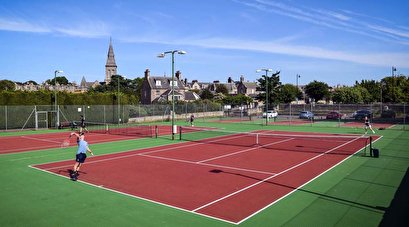 Mr Johnson set out the next stage in the easing of restrictions with a warning that “there may still be some anomalies, or apparent inconsistencies, in these rules”.

While people in England were under previously only allowed to meet one person from another household outside while maintaining a two-metre distance, from Monday, groups of up to six will be allowed to meet. People will be permitted to congregate in gardens and other private outdoor spaces, instead of just in public spaces, as Johnson said “there is no difference in the health risk”.

He went on to say that seeing people from too many households in quick succession should be avoided, “so that we can avoid the risk of quick transmission from lots of different families and continue to control the virus”.

The new rules apply to the over-70s however those considered extremely clinically vulnerable to the virus are still being asked to shield by staying at home.

Those from one household in Scotland will be able to meet with another household outdoors in public spaces or a private garden from Friday, providing they maintain physical distancing. The first minister, Nicola Sturgeon, said the maximum number of people in a group should be eight.

Wales has taken on a similar approach. People in a household will be able to meet with one other household outdoors from Monday. In Northern Ireland, the Stormont executive plans to confirm its lockdown relaxation after a meeting on 4 June but it is expected to allow small outdoor wedding ceremonies, with no more than 10 people in attendance.

Is having a barbeque permitted?

Yes. “You can even have a barbecue providing you do it in a socially distanced way, provided everybody washes their hands, provided everybody exercises common sense,” said the prime minister. . The chief medical officer, Chris Whitty, added that those having a barbecue should remember they can spread the virus by passing things from one person to another.

Can we enter other people’s homes?

Yes and no. The UK government has said that scientific evidence makes it clear the chances of spreading coronavirus is much smaller outside so socialising inside is prohibited

However, the prime minister said people could go through houses to access back gardens. Whitty also confirmed it was acceptable for people to use their host’s lavatory, as long as they were diligent in washing their hands and wiped down surfaces afterwards.

The Welsh government has also said people may walk through someone’s home to get to their garden but they would be publishing guidance on how to do this safely.

In Scotland, Sturgeon said: “If the distance [from your own home] is so far that you would have to use someone else’s bathroom, then perhaps you shouldn’t be doing it.”

How far can we travel?

While people in England can travel as far as they want to take exercise and spend time outside, they cannot stay over at people’s houses. “We don’t want people to go to other households and stay there. I’m afraid we are not at that stage,” said Johnson.

In Wales people are being asked to stay local, which is defined as about 8km (five miles) from their homes. Sturgeon said there would be no legal limit on how far people in Scotland could travel but she said the strong advice was to stay within five miles.

Can I do non-essential shopping?

Yes. Outdoor retail such as markets and car showrooms in England will be allowed to open in England from Monday. Other non-essential shops can open a fortnight later, as long as they keep to the guidelines.

In Scotland, garden centres and plant nurseries will be able to open from Friday. The Welsh government will decide whether non-essential retail will reopen at their next lockdown review on 18 June, though they said such businesses, which could comply with the physical distancing duty, should prepare to reopen.

Can children go to school?

The UK government confirmed it was pushing ahead with plans to open primary schools in England to some pupils from Monday, giving headteachers three days of half-term holiday to make final preparations. Nurseries and childcare providers in England are also being told they can reopen from 1 June. However, some local authorities have insisted schools in their area will not be opening.

In Scotland, teachers can return to schools from Monday to prepare for the start of the new school year on 11 August, when pupils will do a mixture of at-home and in-school learning. The governments in Wales and Northern Ireland have said schools will not reopen on Monday.