TEHRAN, 30 May_North Korea has dismissed accusations by the United States that it poses a cyber threat to America, saying the allegations aim to tarnish Pyongyang’s image. 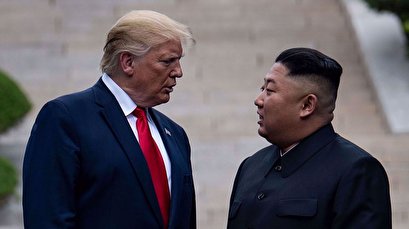 Last month, the US State Department, the Departments of the Treasury and Homeland Security, and the FBI issued a warning about an alleged cyber threat posed by North Korea, especially to financial services.

“We want to make it clear that our country has nothing to do with the so-called ‘cyber threat’ that the US is talking about,” North Korea’s Foreign Ministry said in the statement on Friday.

The statement said that Washington was trying to use the allegations, along with the issues of nuclear missiles and human rights as well as accusations of terrorism funding and money laundering, to “smear our country’s image and create a way to shake us up.”

North Korea has been under harsh US sanctions for years over its nuclear and ballistic missile programs.

US President Donald Trump has attempted to court Pyongyang, and although he has met with North Korean leader Kim Jong-un three times, he has refused to relieve any of the sanctions on the North over its military programs. That has in turn hampered efforts to demilitarize the Korean Peninsula.