TEHRAN, 31 May_US President Donald Trump has said he will postpone a Group of Seven summit until September or later, adding he wants to add Australia, Russia, South Korea and India to the list of invitees. 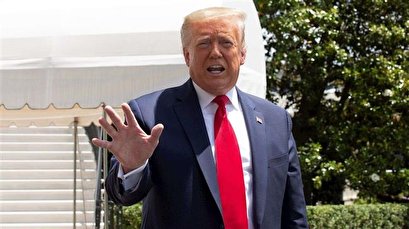 Speaking to reporters on Saturday, Trump, who had hoped to hold the summit next month, described the G7 as a “very outdated group of countries” in its current format.

“I’m postponing it because I don’t feel that as a G7 it properly represents what’s going on in the world,” he said on Air Force One during his return to Washington from Cape Canaveral in Florid.

Despite his announcement, it was not clear whether the president’s desire to invite those countries was meant to permanently expand the G7 which is made up of the United States, Italy, Japan, Canada, France, Germany, Britain as well as the European Union.

He has previously suggested that Russia be added to the list for what he called Moscow’s global strategic importance.

Russia was expelled from what was then the G8 in 2014 following the deterioration of relations between Moscow and the rest of Europe as well as the US over the rejoining of Crimea to Russia.

Crimea rejoined Russia following a referendum where more than 90 percent of participants voted in favor of separating from Ukraine. The West brands the reunification as annexation of Ukrainian land by Russia, which strongly rejects the allegation.